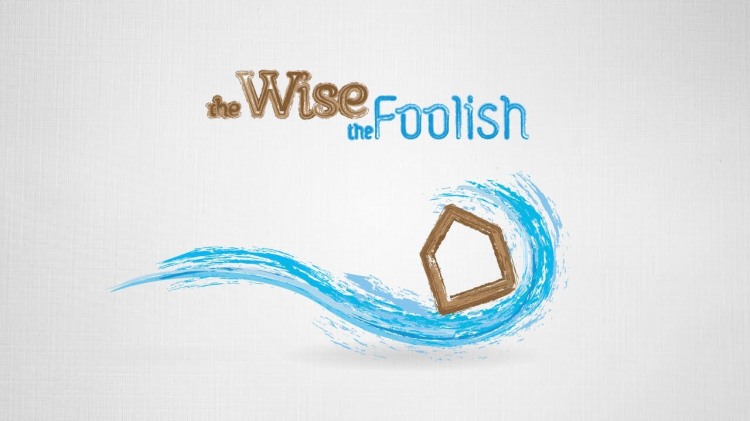 You remember that children’s song “the wise man built his house upon on the rock”? It is a classic that small children learn in Sunday School, but when you think about it, it’s kinda scary actually. Especially when you think about some of the major tragedies in the last decade or so. The song talks about two builders. One smart, the other not so smart. The smart one builds his house on a strong foundation of solid rock. The not-so-smart one builds his house on a bad foundation. A storm surge comes along and which one survives? Obviously the one built on the rock. We have seen this principle at work in real-life buildings in the tsunamis in Southeast Asia, Japan, and the disaster of Hurricane Katrina.  One element that elevated the death toll in those tragedies was poor construction.

Today Jesus finishes the long teaching section of Luke chapter six by using this illustration. If you want to get ready for Sunday check out Luke 6:46-49.

Jesus starts off with a provocative question in Verse 46: “Why do you call me ‘Lord, Lord’ and do not do what I say?” He is talking to his disciples and to the crowd that day. I wonder how much he directed this to the disciples. I wonder what would cause him to say this. What had he told them to do that they weren’t doing? Clearly they were pretty good about calling him “Lord”. But he tells them they weren’t so good at doing what he said. Or maybe he was mostly speaking to the crowd. He had a growing reputation as a rabbi, a teacher, and so the common appellation they would give him would be “Lord.” But maybe Jesus had noticed that people in the crowds liked his miracles, liked his teaching, but didn’t actually do what he said.

Does this relate to us? What if we call him “Lord” but don’t do what he says?  So what?  None of us does everything he says perfectly, right?

Join us on Sunday at Faith Church as we’ll talk about this further!

3 thoughts on “How to be wise or foolish”