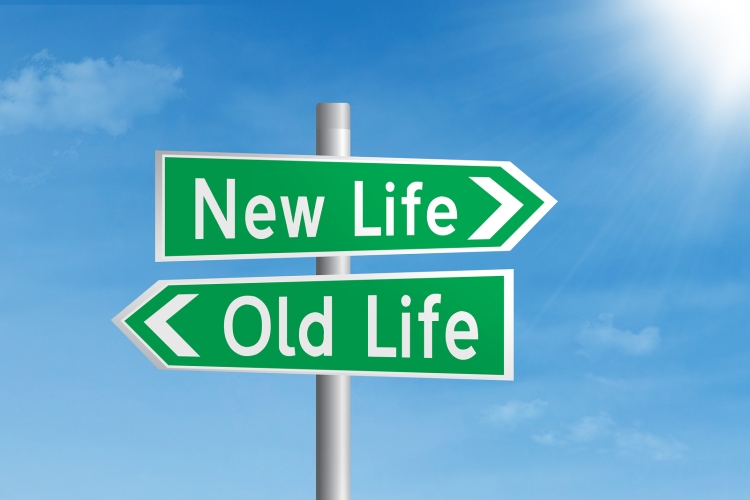 Last week I asked “Is there only bad news in a broken world?”

This past Sunday I had some help from the elementary age kids (and some of you older “kids”!) in trying to answer that question.  Becka, our worship leader, drew large a large picture of planet earth, and as I mentioned the bad news out there in the world today, I ripped up the globe into pieces.  It can feel like ours is a shredded world.  I talked about how the disciples following Jesus just had their world ripped to pieces.  Their leader had been arrested, beaten, falsely tried, and killed.  They could easily be next!  So I handed out the ripped pieces of the world, and asked the kids to color them brightly, and I continued with the story.

On the third day those same distraught disciples started hearing very strange news.  Good news.  But so good it was unbelievable.  They heard their Lord was alive!  As the days wears on, their excitement builds as he shows up to meet with a few of them.   Finally, he appears at the place where they were all together.  After getting over their initial shock, he gets down to the business of sorting this all out for them.

You can read about it in Luke 24:44-49. You can see their lights going on, or as Luke says in verse 45, “he opened their minds,” so they could understand that the Scriptures they had heard all their lives going to worship at synagogue now found fulfillment in him. He was the promised Savior, the Messiah. But he was a very different Savior than what they expected. The prevailing idea of the day was of a military Messiah who would remove the Romans from their land.

Jesus wasn’t a king with a sword on a warhorse. Instead, he was the one who would save the world from the penalty of sin. Forgiveness is possible. Repentance is possible. New life is possible. Just as he rose from the dead to new life, so they and you and I can have new life. As he taught them many times, it was not just a promise of eternal life in heaven with him after death. Life after death is good news! It was certainly that. But it was not just that. He also offers to us the possibility of abundant life now.

We Christians often sit back and shake our fingers, saying “What is wrong with the world today?”

As we were talking about this passage a few weeks ago at our sermon roundtable Bible study, one person told the story about a woman who was driving behind him way too close in a big old car. And he got angry. He thought, if she stops, I’m going to give her a piece of my mind. And then he thought “I don’t want to live like that…so angry.” He said that he needs that hope, that awareness of what Jesus has done for me.  When we remember that our sins are forgiven, we can and should repent of our sins and take on the new life of Christ.  Abundant life is a life that turns away from sin.

One of the first followers of Jesus who would come along a bit later, a guy named Paul, said in the letter he wrote to the church in the city of Ephesus that we are not alone in this abundant life.  Instead God wants to help us change.  Take a look:

I pray also that the eyes of your heart may be enlightened in order that you may know the hope to which he has called you, the riches of his glorious inheritance in the saints, and his incomparably great power for us who believe. That power is like the working of his mighty strength, which he exerted in Christ when he raised him from the dead and seated him at his right hand in the heavenly realms, far above all rule and authority, power and dominion, and every title that can be given, not only in the present age but also in the one to come.

Did you hear that? The same power that rose Jesus from the dead to new life is available to us! That is Good News. Jesus’ new life means there is hope for our lives to be made new!

He wants to make the world new. At that point in the sermon, the kids brought their newly colored ripped pieces of the world put the picture of the world back together.

In the same way, when you follow Jesus, know that he wants to make you new, to put your life back together.

Many of you know I really enjoy the band U2.   Their lead singer, Bono, was recently asked about Jesus and new life, and I like what he had to say:

Do you need some good news? The message of Easter is that new life is possible in Jesus. Your sins can be forgiven. Repent of your sin, believe in him, and ask God to give you his resurrection power to make your life new. That is good news. That is news worth searching for. God gave to give us an abundant life – not an easy life, not a cut and dry life – but an abundant life. Life to the fullest. Life lived in community with one another and with an all-loving, gracious, giving God. We have access to a New Life.

Our old history ends with the cross; our new history begins with the resurrection.
—Watchman Nee