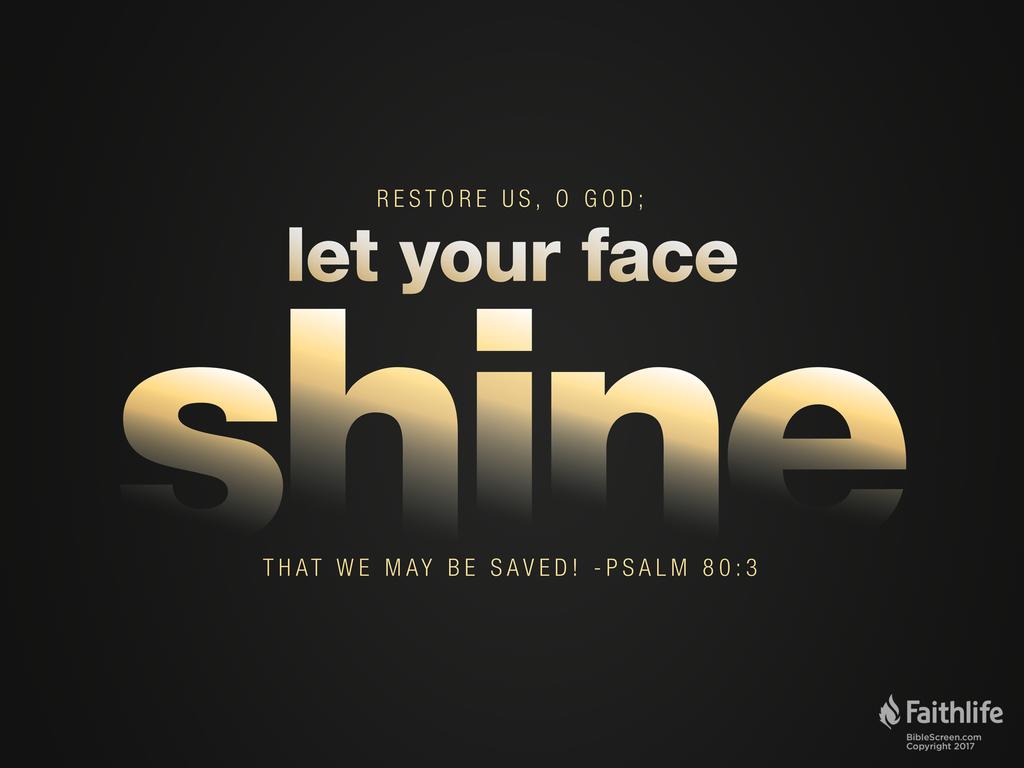 Do you sense the darkness in our world?

I started this series of posts by describing the tragedies in our world, all adding to the darkness.  Just last evening, my wife and I watched the episode of The Crown where a dense poisonous smog settles on London.  It stayed there for days, and thousands lost their lives.  The result of burning coal, that smog is an apt metaphor for darkness in our world today.

How will light shine into the thick darkness?

In the last post, we started looking at our first Advent 2017 Psalm of Lament, Psalm 80.  Asaph, the author of Psalm 80, wrote this lament in three sections, each concluding with a repeated refrain.  The last post looked at the first two sections, in which Asaph passionately cries out to God to restore the afflicted nation of Israel.  In his third and final section, Asaph gets right back to the business of lament.

Asaph now likens Israel to a grapevine, mirroring the nation’s journey from slavery in Egypt to freedom in the Promised Land.  He depicts God as uprooting a vine from Egypt and replanting it in a new land, making a new walled vineyard for it.  But now time has passed, and the vineyard is in bad shape.  Passersby pick its grapes, and wild animals eat from it.  So the Psalmist is once again calling for God to intervene.

In verse 14, he pleads with God, “Return! Look down from heaven and see!”

Then in verse 16 the situation gets worse, because now the vine is cut down and burned.  This is dire.  A vine cut down and burned is being eliminated, right?  So Asaph is desperate, calling out for a major intervention. The psalmist is saying, “God, we are about to be destroyed! Do you see this? Help!!!”

In verses 17 and 18 Asaph calls out for God to rest his hand on Israel.  Then, he says, if God will do this, Israel will not turn away.

He calls for God to revive them.  Revive is a word that means “to bring back to life.”  Asaph knows that the nation, if it stays on this trajectory, does not have much time.  They need revival.

Psalm 80 concludes, as do all three sections, with a message of hope. In Verse 19 Asaph asks for restoration, that God might shine his face on Israel, that they may be saved. This is his third plea for restoration, each time increasing the length of God’s name.  Remember the previous instances?

But in Verse 7? He adds another title.  “Restore of us, God Almighty.”  Almighty adds the idea of God’s strength.

Now jump to verse 19, and Asaph gets personal.  “Restore, us LORD God Almighty.”  See the capital letters in the word LORD?  That means in the Hebrew he wrote in, Asaph is using the personal name of God, Yahweh.  He used God’s personal name, Yahweh, already in verse 4, so there is a sense in which the whole psalm has been personal.  But Asaph’s gradual lengthening of the name of God in the refrains adds an urgency to his emotional, personal plea to God.

This is lament, crying out deeply, personally, directly to God, asking for restoration.  In particular, Asaph’s lament in Psalm 80 is asking for God to make his face shine into Israel’s national darkness.

I’ve entitled this Advent series Community Lament.  The psalms were not just private poems.  They were placed together in the Book of Psalms and used whenever Jews met to worship.  People would read and sing them as a group.

We, too, can practice community lament as well as private lament.

We can and should lament the tragedies going on in our world, in our nation, in our communities.

Do you need to practice lament?  It will require more than “thoughts and prayers”.  It will require time, perhaps blocks of time.  Perhaps journaling honestly to God. Perhaps gathering a group of others to share your lament with.

I will admit that as I studied this, I realized that lament is mostly foreign to me, and frankly, I don’t know that I want to do it.  I suspect some of you might be feeling that too.  Do we have to lament?  Won’t it be depressing and sad?

Clearly, this psalm does not teach, “You all must lament or you are bad sinners.”  It doesn’t say that.  Instead Psalm 80 is an emotional response to a tragedy.  It is an honest embrace and examination of a situation, of our feelings, of our culpability, and of God’s involvement.  That’s where lament starts, a willingness to be very open and honest about what is going on.  A willingness to cry out to God, then, even if we don’t have all the answers, and even if we might be really confused and frustrated with what is happening. But in the end, lament is an act of faith.  A clinging to God, desperate, for him to intervene.

And because of that, lament is a practice that we would do well to add to our lives.  Let’s go beyond thoughts and prayers and passionately plead for God to shine his light in our darkness.

What would it look like to lament as a family?

It could be that you write out your lament, just as Asaph did.

It could be that you organize a communal lament.  Gather people together to grieve, share stories, hold a vigil.

I urge you to practice lament during Advent.  With Asaph in Psalm 80, reach out to God, cry out for restoration and revival.  Call out for God to make his face shine on us, that we may be saved. Instead of saying, “Our thoughts and prayers are with you,” I urge you to lament.

When you hear about the next shooting, lament.

When the news talks about people committing sexual deviancy, lament.

When you hear about a broken relationship, lament.