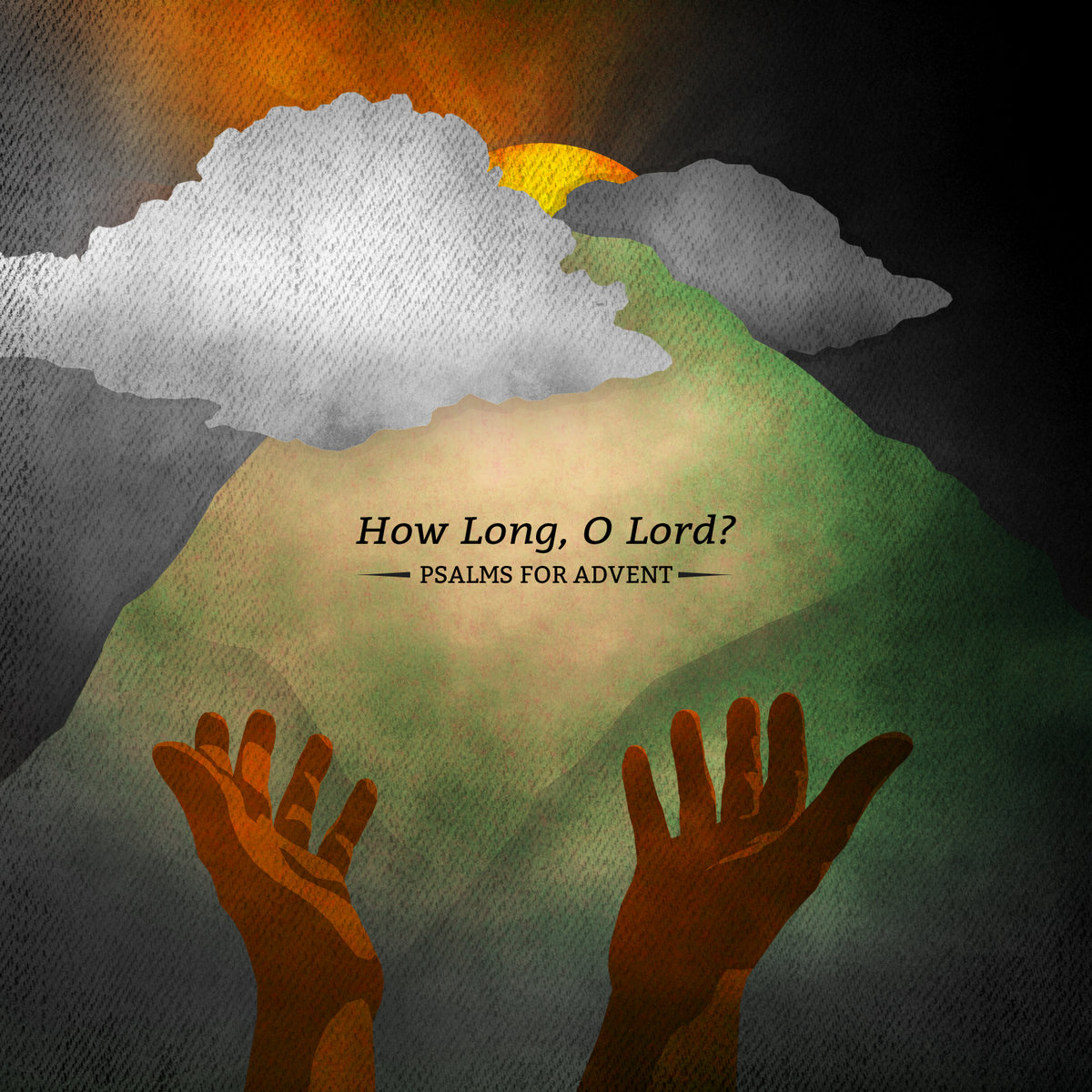 Have you ever waited for something a long time?  I feel like I regularly get in the store check-out line that has the longest wait.  It’s uncanny.  But that kind of wait is not what I’m talking about.  I’m talking about waiting for something for months or years, and often the waiting involves pain.  It might be a physical ailment, and no matter the treatment, surgery or medicine, you are not getting better.  It might be relational pain, where a person who is a loved one now seems like an enemy, and as hard as you try, it is not getting fixed.  It might be a financial difficulty where, despite working multiple jobs to exhaustion, you can’t seem to pay off debt.  It might be national or global pain, as you watch the news about wildfires, floods, racism, poverty, refugee crisis, terrorism, or sexual predators.  As we discussed in the last post, there is much darkness in our world. And deep down you cry out to God, and you ask him to intervene. In fact, you ask him over and over and over, and it seems like you’re not getting anywhere.  You are just waiting and waiting, sitting in the pain.

If you’ve ever felt that, your in good company with Asaph, the writer of the first Psalm of Lament that we are studying at Faith Church this Advent.  Asaph looked at the situation the nation of Israel had gotten itself into, and he was deeply concerned.  Let’s take a look at how expressed his pain in this first lament, Psalm 80, and perhaps we might learn to lament as well.

Structurally the psalm has three sections, each with a repeated “Restore Us” refrain that concludes the section.  Here is a summary:

You see what the author, Asaph, is doing?  He is increasing the length of his plea. Even the repeated refrain is slightly expanded each time, a fact we’ll look more at in the next post.  Why is Asaph adding material each time?  He wants us to sense a growing urgency to his lament.

Let’s take a deeper look at each section to hear and learn from his lament.

The image he uses here is that of God as Shepherd, residing in the temple.  Asaph sees God as the shepherd, and thus the people of Israel are his sheep.  The idea of God as Israel’s Shepherd is very common throughout the Old Testament.  They were led by God, cared for by God, as a good shepherd does for his sheep. Asaph looks around him and sees that the sheep are in danger, and he cries out for the Shepherd to do his job!

But the scene that Asaph paints for us is not just a pastoral one.  The mention of the cherubim in verse 2 is that of the Ark of the Covenant in the most holy place of the temple.  There the presence of the Lord resided.  Perhaps he is here likening God to a shepherd that is just hanging out in the temple, and not doing his job, which is to care for the sheep.  In fact, he depicts the shepherd as being asleep while the sheep are being afflicted.  So he calls for God to wake up, move out from there and save the people.

Lament often cries out to God to wake up and intervene.  That might sound very inappropriate.  As if the lamenter is accusing God of not doing his job.  The psalmist, no doubt, knows that God is holy and perfect and righteous.  Therefore, Asaph is not being disrespectful or accusing God of being irresponsible.  Instead Asaph knows that Israel is at fault for the predicament they’re in.

And yet that is lament for you: emotional, deep, crying out to God.  When we’re emotional, we don’t always think straight do we?  We don’t always craft our words perfectly.  We sometimes say things we don’t mean or even believe.  The emotion is so strong.  We’re desperate.  And so we say things like “God, you are our Shepherd!  Get up off your seat and take care of us!”  Lament is intense like that. And in the next section the intensity continues.

Verse 4 starts with Asaph calling out to God again, asking of him “How long will your anger smolder against the prayer of your people?”

The image is quite vivid isn’t it?  The word “smolder” there could also be translated “smoke”.  I think of the hot smoking glowing red ashes in my wood stove.  We put ashes from our stove in our ash bucket, and take them out on our deck.  But if they are hot, if they are smoking, glowing red, we do not keep them on our deck.  All it would take is a gust of wind to blow some of those hot coals on to the deck, and we would be in big trouble.

So anytime we have smoking ash and coals, we dump it in our fire pit, which is way down in our yard, far away from the house.  There it can safely cool down, even if the wind is blowing.  We do this because smoldering ash and coals are powerful, with a great potential for destruction.  That’s the image the psalmist uses of God’s anger.

We could easily see God’s anger here as mean-spirited and unjust.  But God’s anger is best understood as a righteous anger.  The reason for his anger, the reason for the calamity the people have experienced, has everything to do with their unrighteousness. The psalmist would not be unaware of that, or trying to dispute that Israel had messed up.  The psalmist is just expressing deep longing for a change, and he knows God can bring that change.

And so Asaph utters words that are classic signposts of lament: “How long?”.  When you hear the psalmist say “How long O Lord?” you could think he is being impatient or fussy.  He is not.

Instead, one scholar says the words ‘how long?’ describe, “hope deferred, and though sick at heart, still clinging to God and yet protesting against the long-protracted calamities.”

We get the idea of “hope deferred.” How many of you know that very personally?  You have hopes and dreams, but they are deferred, meaning that they are not being realized.  You are waiting and waiting, and you are wondering “How long?”

We also get the idea of being “sick at heart”, that deep emotional longing in the midst of waiting.  Look at how Asaph describes the pain.

In verse 5 he describes the pain by saying to God: “you have fed them with the bread of tears.  You made them drink tears by the bowlful.”  Whew. That is some deep pain.  Rather than the manna in the desert that tasted like honey, and rather than water from the rock that tasted sweet, God is now giving them nothing but tears.

And yet, as the psalmist laments and feels the pain, he is not letting go of God. He is actually reaching out to God.  Clinging to God. That, too, is classic lament.  When we say “thoughts and prayers are with you” we too often put a quick phrase out there, and then we move on to the next thing.  When we face tragedy, the pain and confusion is so difficult to wrap our minds around that we tend not to even try.  But in the psalms of lament, the psalmist is engaging the tragedy and the pain, he is looking it full in the face, he is holding it up to God and saying “God, do you see this?  What are you doing about this?  Why are you taking so long to respond to this?”

He is clinging to God, but he is protesting God at the same time.  “How long, O Lord?”  Lament cries out to God from a heart that is sick with pain, but still clinging tightly to God in faith, knowing God is our hope, and yet also upset with God because it is taking so long.

That might sound light an act of unbelief, or disrespect, or sinful rebellion. Instead, lament is an act of deep faith.  Lament knows that the situation is dire, the pain is awful, and there is only one solution.  God.  And lament persistently, boldy, enters into that pain and asks God to deal with it.

There is something incredibly meaningful, therefore, to the practice of lament.  There is something powerful about it.  I think the power of lament flows from the inner passionate experience of pain found in a person who is facing that pain, combined with that person’s choice to cling tightly to the Lord in the midst of that pain.

Here’s the thing about Psalm 80, though. Though the psalmist says “How long, O Lord,” he’s not done yet!  In our next post we’ll look at section 3, the remainder of the psalm, to see how Asaph continues his lament.