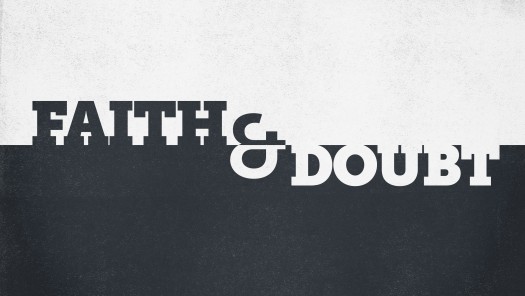 Faith Church. That’s the name of our church. Back in 1968, when they got this church started, why would people choose to name a new church, Faith Church? I wonder what they were thinking.

What is faith?  Most often we think faith is belief. And for good reason. Faith does mean belief.  It means that in our minds we agree with certain statements or facts or ideas.

But we also read in the Bible, in James chapter 2, that “faith without works is dead.”

Think about that.  Faith is belief. But it also must have works, James says, or it is dead.  So what is faith?

Just belief in our mind, or must faith also have some kind of work?

As I mentioned last week, this October at Faith Church we’re commemorating the 500th anniversary of the Protestant Reformation by talking about the Five Solas of the Reformation.  The Five Solas or Alones are what many scholars consider to be the best way to summarize the teaching of the Reformation.  Last week we looked at Sola Gratia, or Grace Alone.  The second one is Sola Fide.  Fide in Latin means faith.  Today we are talking about Faith Alone.  In Ephesians 2:8-9, Paul combines Sola Gratia with Sola Fide: “it is by grace you have been saved through faith, not by works, it is the gift of God.”

So somehow, Paul says, we receive the gift of grace by faith, and not by works.  But as I mentioned above, James said faith without works is dead.  See the apparent contradiction? This brings us back to the question I started with?  What is faith?

In Hebrews 11:1 we read, “faith is being sure of what hope for, certain of what we do not see.”

Does that clear it up for you? I have to admit that on first reading, that definition of faith doesn’t really help me.  So we have to look a bit deeper.

The writer of Hebrews describes faith two ways.  Let’s look at each:

Frankly, when we read the Bible, it can be a bit tough to understand how the interplay of faith and doubt works. On one hand we read Jesus teaching that if you have faith, you can move mountains.  On the other hand we read the psalms and the psalmists express their doubts quite a lot.  Does that mean they are lacking in faith?

Is the writer of Hebrews saying that the only true faith is a faith that doesn’t have even one little tiny iota of doubt?  Is that even possible?  Haven’t we been told that expressing our doubts is healthy, and that God welcomes us to converse with him about our doubts?  How would we know if our faith is totally without doubt?  What would that feel like?

Before we can answer that, let’s see what else the writer of Hebrews says about faith.

Second, faith is being certain of what we do not see. What the writer of Hebrews is saying is that there is a side of life that is beyond what we can perceive with our five senses.  You can’t touch it, smell it, taste, see or hear it. It is the spiritual side of life. The realm of God, angels, demons, heaven and hell.  Faith believes it is real, though we cannot see it.  Again, though, the writer says that faith is certain of this. And I ask the writer, “how certain?”  Is it okay to doubt a little bit?  Is it okay to wonder or speculate?  And don’t we all do that at least a little bit?

As I wonder about the tension between faith and doubt, James the brother of Jesus says in chapter 1:

If any of you lacks wisdom, he should ask God, who gives generously to all without finding fault, and it will be given to him. But when he asks, he must believe and not doubt, because he who doubts is like a wave of the sea, blown and tossed by the wind. That man should not think he will receive anything from the Lord; he is a double-minded man, unstable in all he does.

“He must believe and not doubt”?  If 100% belief is required by God to answer our requests for wisdom, then it seems to me that very, very few of us will ever receive wisdom from God.

Does faith require 100% perfect belief, with no doubt whatsoever?

I don’t think so.  Here’s why.  I personally appreciate the honesty of a guy Jesus once encountered whose child was really in a bad way.  The child was possessed by a demon.  The man brought his child to Jesus, but ran into Jesus’ disciples first.  They tried hard, but couldn’t cast out the demon. When Jesus shows up a bit later, the man is desperate, pleading with Jesus to help.  You know what Jesus says to the man?

“If you can believe, all things are possible for him who believes.”  Wow. All things?  I like the sound of that, but I also think, “Whew, I don’t know if I can believe like that.”  It seems similar to what the father of the demon-possessed child might be thinking too, because he says back to Jesus,

“Lord, I believe; help my unbelief!”

I love that line. It resonates with what I so often feel.  The tension between faith and doubt.  The knowledge that while I have faith, I don’t think it is perfect faith.  Jesus knew this about the man, and you know what Jesus did?

Maybe Jesus said, “Wait a minute, you have some unbelief in there? Sorry, man.  Game over.  Take your demon-possessed child elsewhere.”

But Jesus did not say that.  He saw the man’s tension of faith and doubt, and he healed that man’s child.

Let’s remember this man’s tension between faith and doubt, and think about it in light of the definition of faith in Hebrews 1.  God doesn’t require us to have perfect faith.  He does require faith, though.  And tomorrow we’ll talk more about what it means to place our faith in God.

For now, I think we should be like the man who brought his demon-possessed child to Jesus, and say “Lord, I believe, help me in my unbelief!”

2 thoughts on “Does God require faith that is 100% without doubt?”