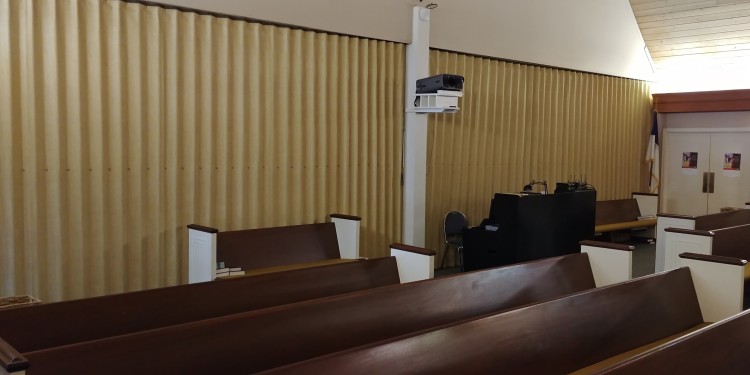 The person speaking the words was really frustrated at our church.

What change could we make that would take a worship service and no longer make it worship?  How did this person know what worship is?  Were they right?

As I look back on that situation, I see evidence of the tendrils of tradition, sneaking their way into the hearts and minds of people unawares.

This October 2017 at Faith Church we are looking at the Five Solas of the Reformation, because it was 500 years ago this month that a German Catholic monk name Martin Luther sparked the Protestant Reformation leading to sweeping changes in Christianity.  The Five Solas are summaries of the teachings of Luther and his fellow reformers.  After Sola Gratia (Grace Alone) and Sola Fide (Faith Alone), we have begun to look at Sola Scripture (Scripture Alone).  I started by asking questions about the Bible and Sola Scriptura here and here.

To begin to answer those questions, I said yesterday, we need to attempt to understand the religious culture Luther lived in.  I am no church historian, so this summary is basic at best.

Luther was trained in the Medieval age of the church, during which time the church placed a high value on tradition alongside of or even above the teaching of Scripture.  In Rome, which was the headquarters of the Roman Catholic Church, there is something called the Magisterium, the group of leaders of the church including the Pope.  What the Magisterium said in Luther’s era was given equal or greater weight than what Scripture said.

The problem is that so often the line between Scripture and tradition starts to blur.  We can assume that a certain tradition is taught in the Bible.  Luther confronted his Medieval church about these blurred lines.  He said that if a doctrine or practice is not taught by scripture, it must be seen as just an opinion.  He held the writings of the church fathers, and the creeds, church councils, in high esteem, but said they too must be judged by Scripture.  Luther taught that Scripture birthed the church, not the other way around.  Therefore Scripture should be more foundational than the church.

To demonstrate this, Luther translated the Bible into German, and some believe that was his greatest contribution.  He wanted German farm boys, for example, to feel the words of the Bible in their hearts, and that was only possible in their own language.

Prior to Luther, the Bible was in Latin.  You had to be a priest trained in Latin to read and teach the Bible.  Of course the rare Latin scholar could read it as well.  But most people didn’t know Latin.  They were Germans who knew German.  They were French who knew French.  English who knew English.  They would go to church, however, and the church service, including the Bible reading would be in Latin!  Copies of the Bible were too expensive to own, so in the Medieval age, most people did not have a copy of the Bible, and thus they couldn’t be like the Bereans in Acts 17:10-15 and test out what the priests and church magisterium said.  They just followed along.

The church leaders in Rome were trying to build a big new cathedral.  They were strapped for cash to build this monstrosity, so they sent representatives around Europe to sell indulgences.  These reps told people that paying money can get your sins forgiven.  Would it surprise you to learn that the church made a lot of money?  It reminds me of this In Living Color skit (starting at the 9:00 minute mark):

Luther seethed at this.  As he should.  The church was seriously abusing its power.  They were creating a tradition that was not supported by Scripture.

This is very reminiscent of Jesus’ concern with the Pharisees.  Jesus would say to the Pharisees “haven’t you read the Scripture?”  “Don’t you know what the Scripture says?”  Imagine that scene.  Jesus telling the Bible experts that they need to go back and read their Bibles!  (Matthew 12:3 and 19:4 are a couple examples.) How did this happen?  How could Bible teachers miss out on the true teaching of the Bible?  It happened because the Pharisees were so concerned about their traditions that they allowed the tradition to be more important than the heart of the Scripture.

But thank goodness we don’t do this anymore, right?  We don’t lay any traditions on top of Scripture.  We have the Bible in our own language.  Like the invention of the printing press made it very possible for Luther and other reformers to get the Bible in the language of the people, we have the internet making it even easier yet!  So that means we don’t have any problems with tradition and false teaching, right?  We have this Sola Scriptura thing are cared for, right?

That takes me back to the situation I mentioned at the beginning of this post where someone at my church said, in response to worship changes, “That’s not worship.”  Here’s what happened.

In 2006-7 we participated in a church health survey sponsored by our denomination, the EC Church.

We took the survey in 2006.  Results came back saying that we needed to work on our worship service.  So we started making little changes here and there.  One of the changes was that we opened the accordion dividers separating our fellowship hall and sanctuary.  The dividers are there in case our sanctuary is so full we need overflow space.  Normally they are closed.  As a result of the survey, we opened the dividers and invited people to sit in the fellowship hall during worship if they wanted.  Our thought was that maybe some people wanted a less formal setting.

The accordion dividers were open for one month, and then closed again.  Why?  Because some people reacted negatively against them being open.

It was in a worship committee meeting, as we were reviewing the changes and negative response that the person said, “That’s not worship.” They were adamant about it.

But think about that.  “That’s not worship?”

What did that person mean?  They meant that a worship service, in their understanding, should only take place in a sanctuary with all the trappings of a sanctuary.  And they wanted the accordion dividers closed.

Where did they get their idea of what worship is, that it can’t be in room that has pews on one side and tables and chairs on another side?  I can tell you they did not get it from the Bible.

You read how the early worshiped in the New Testament, in the book of Acts and the Epistles.  They met in homes.  They worshiped on riversides.  There were no church buildings and sanctuaries in the Christian church for a couple hundred years.  Worship is not about a building, we read in the Bible, but worship is about worshipers, people, who are worshiping the Lord.  Not a location.

So what did this person mean when they said, “That’s not worship”?

That person was talking about tradition!  They had grown up in and become comfortable with and appreciated a certain kind of worship.  There is nothing wrong with worship services in buildings that have rooms with pews and pulpits and pianos or organs or praise bands, or movable chairs, or any of the many variations that sanctuaries in church buildings have.  There is nothing wrong with it, but we cannot say that the Bible tells us to worship like that.

That person had elevated tradition over the Bible.

Years ago we did a summer reading club and read Frank Viola’s book Pagan Christianity.  It is eye-opening about how much tradition we have placed over the Bible.

Sunday School is another example.  You won’t find that in the Bible.  But I once had someone tell me Sunday School is the backbone of the church, insinuating that we better not mess with it.  That person was elevating tradition over the Bible.

I could go on and on, but instead I encourage you to read Pagan Christianity.  Perhaps we are just as guilty of elevating tradition over the Bible, though 500 years Luther warned us of this very thing.

So what do we do with these Bibles of ours?  What is Sola Scriptura?  By Scripture Alone.  What does it mean?  I’ve taken a long time to say what it doesn’t mean.  Now that we have asked the questions, showed Scripture’s primacy over tradition, we can examine Sola Scriptura, and that is where we’re headed tomorrow.