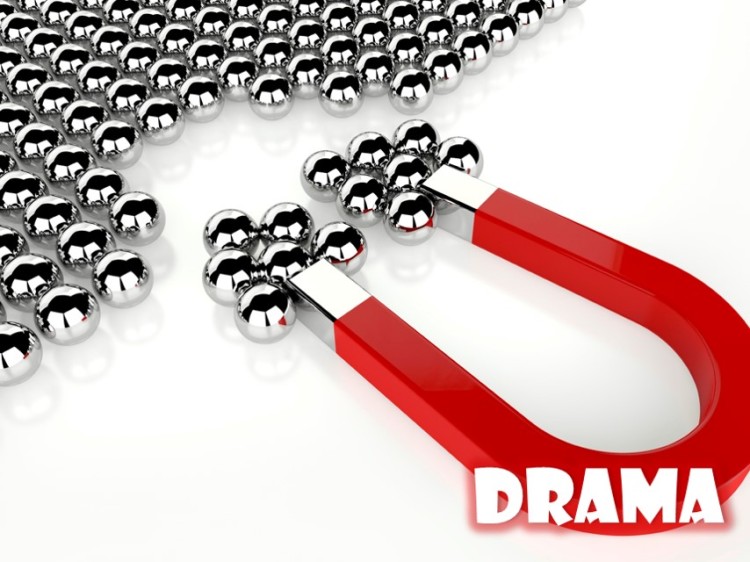 Are you a drama magnet?  Of course not!  No one wants to admit it.  But really, are you?

Do you find that your life seems to be filled with drama?  Have you ever considered that all the drama in your life is because you are a drama magnet?

Many people have written articles describing drama magnets.  Here is compilation from those articles with some signs that you are a drama magnet:

Do any of these describe you?  If so, would you like to remove drama from your life?

The reason why I’m asking if you are a drama magnet is that is the first thing Paul talks about with Timothy.  At Faith Church we’ve started studying a letter that the apostle Paul wrote to his close friend Timothy.  Paul was one of the first missionaries in the Christian church.  During his journeys he met a young man Timothy, and invited Timothy to join him.  As they journeyed across the Roman Empire carrying the message of good news about Jesus, Paul trained Timothy to be a minister too.  Eventually, Paul assigned Timothy as pastor over the church in the important city of Ephesus.  What we learned last week is that Timothy was young, the church in Ephesus had some troubles, and Paul was concerned that things might not work out.  So he wrote Timothy a letter continuing Timothy’s training.  What would he tell Timothy?  After a greeting, the first thing Paul teaches Timothy about is drama magnets.

Some people call them drama queens.  Maybe you know one.  Maybe you are one and don’t know it.

2 thoughts on “How to know if you are a drama magnet!”