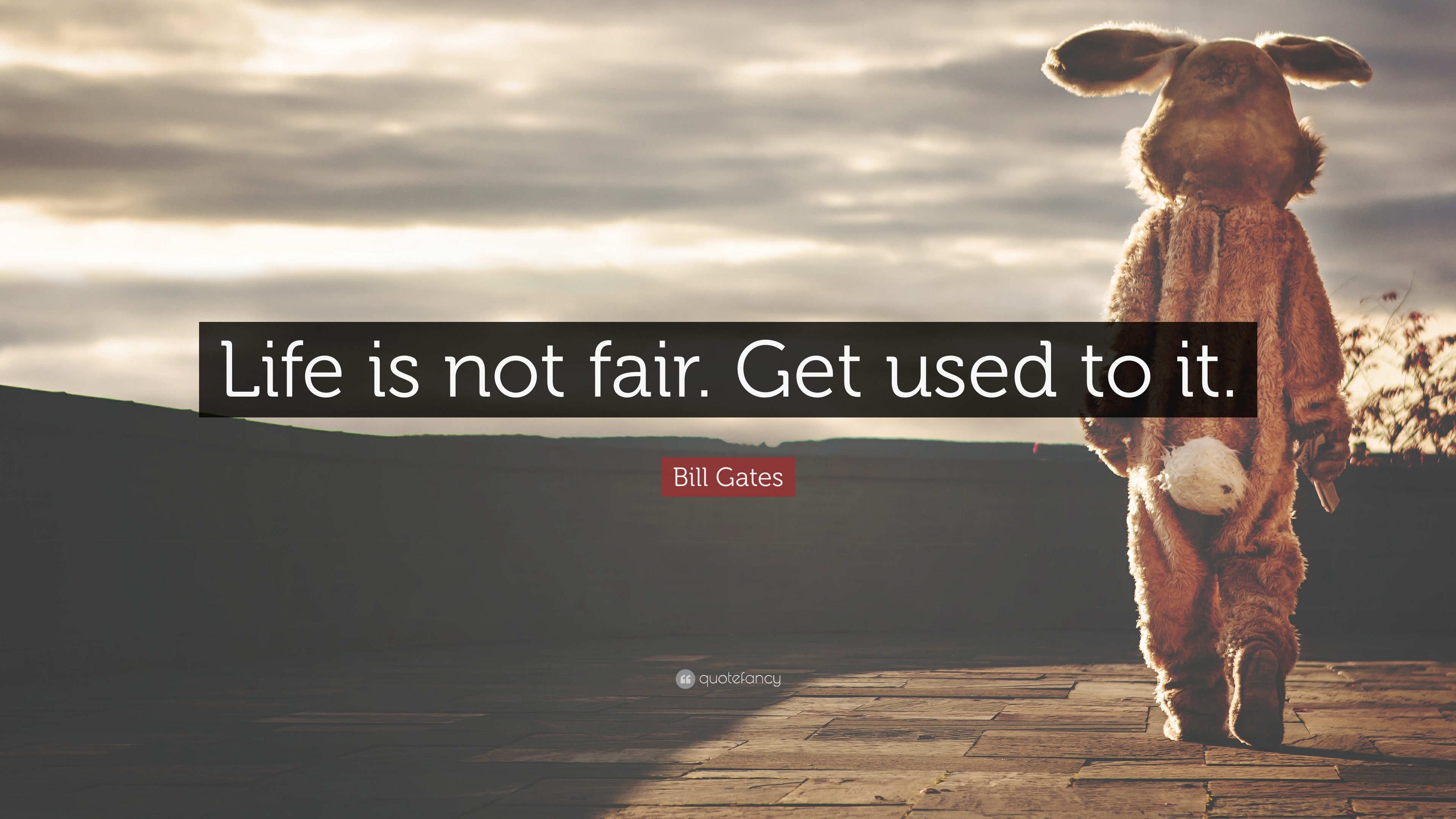 Do you ever feel like the world is not fair?

Think about it.  There are the powerful and the powerless.  The predator and the prey.  The lion and the mouse.  This clip illustrates not just the lack of fairness in the animal kingdom, but the disadvantage in our society as well.  Those born into privilege and those not born into privilege.  Take a look:

In our world there are haves and have-nots?  What are some ways that you feel like the world is not fair, or that it is set up to give some people the advantage?

Where you are born.  For example, think about the difference in opportunity a person has simply by being born in the USA vs in Africa?

Or what about the color of your skin.

There are many ways the our society demonstrates inequities:  Gender.  Ethnicity.  Whole family vs. Broken family.  Live in city vs. live in suburbs.  Born into a rich family vs. born into a poor family.

In our society this idea of advantage vs. disadvantage has been discussed a lot lately.  And pretty much everyone agrees that our world is out of balance.  The playing field is not level.

Today as we continue looking at the Lectionary’s Advent readings in Isaiah, we are looking at messianic prophecies of the future Kingdom of God.  Today we look at Isaiah 11:1-10.

Did you notice that this is a prophecy that levels the playing field?

In verses 4-5 we are told that the Messiah’s work will be based on justice and righteousness.  The Spirit has blessed him with abundant wisdom (verse 2) so he doesn’t need to see or hear to judge.  The result? The poor and needy will be defended.  The wicked oppressors will be slain.

As a result, the patterns of animosity will be transformed.  Dangerous animals will be safe.  Think about the animal world.

One of our family favorites over the years is the movie Madagascar where the lion, Alex, has been a tame lion, living all his life in the NY Zoo.  Through some mishaps, Alex and some animal friends from the zoo travel to Madagascar where they have lots of adventures trying to live in the wild.  Alex has been tame all his life, and hates living in the wild.  He starts to get hungry.  And this happens:

Alex gradually turns wild.  Have you ever seen that with your pets?  Sometimes, these cute, cuddly animals show their primal side .  My in-laws’ dog is the biggest fraidy-cat I’ve seen.  He’s a 90 pound Rottweiler-Bernice Mountain Dog mix.  We used to take him to the dog park, and he would never play with the other dogs.  In fact, I would sit down at the picnic table, and when another dog got near him, even a small dog, my in-laws’ dog would jump up on the table next to me.  So I was surprised to hear last year that the dog attacked and killed a ground hog!  That primal instinct was inside him!  As Shakespeare once said, “nature is red in tooth and claw.”  Survival of the Fittest.  We are completely used to that in the animal kingdom.  But in Jesus’ Kingdom those normal categories of predator and prey will be redefined.

Some scholars see this image as literal.  Some wonder if it is symbolism.  Think about it, what has the vision just described before this?  Look again at verses 4 and 5, and we see another upheaval.  In that description we see Jesus judging with justice and righteousness, redefining the categories of dominance and power in the world.  He will be for those who are poor and needy.  Normally they are oppressed.  And Jesus will slay the wicked.  Normally, the wicked are the oppressors.  In Jesus’ kingdom, things get flipped.

Furthermore, he taught us to pray in the Lord’s Prayer, “Thy Kingdom Come, thy will be done on earth as it is in heavy.” That is a prayer request for the Lord’s Kingdom to come now.

In this vision we see that the Messiah, in verses 3-5, judges with righteousness and justice. Martin Luther King Jr has a famous quote about justice and righteousness.  Those themes regularly turn up in the biblical prophets.  Probably the most famous reference, and the one that MLK was quoting, was Amos 5:24.  In the messianic Kingdom justice and righteousness will prevail.  But just like MLK did not wait for that day in the future, and he worked tirelessly for the Kingdom to come in his day, and he gave his life for that important work.  We, too, must work towards seeing the Kingdom come right here, right now.

Look at those verses in Isaiah 11 again.  We can help usher in the flipped Kingdom by practicing justice and righteousness on behalf of the poor and needy.

In his kingdom he will judge for the poor and needy.  They are at an advantage.

Jesus brings justice.  In his Kingdom the playing field is leveled.

When I played college soccer, our field over at LBC had quite a crown to it.  It must have been designed that way to direct water off the field when it rained.  That’s good and normal, and all fields should be slightly rounded off, but whoever did the work at LBC made the curvature of the field too severe. When you were standing on one sideline, and the ball was on the other, you couldn’t see the ball.  You could only see guys running around, and you had to guess where the ball was.  It wasn’t a level playing field.

And then I found this soccer field!

Imagine playing on that!  At least both sides are on the hill.  What would be worse is this:

And we are called to do the same thing now.  I know we won’t be able to do this perfectly in the here and now.  But that doesn’t mean we shouldn’t try.

We should try.  And I love to see how Faith Church is partnering with other churches and organizations in our community to usher in the Kingdom, to level the playing field!

We support CVCCS, a local ministry that is seeking clothe and feed the needy in our community.  We are donating food and clothing to CVCCS, an act of leveling the playing field.  We are volunteering there.  I know that there are people who are at a disadvantage because they have made poor choices and they have disadvantaged themselves.  We need to be careful about how we talk about the disadvantaged.  If we focus on their poor choices, we might not be able to see how disadvantaged they truly are.  Additionally, our own hearts might become jaded, and distrusting, and we might not be able to see anyone as disadvantaged.

We pack shoeboxes for children in need around the world so that they might receive not only a Christmas gift, but also hear the Good News of the Kingdom to learn about the God who loves them.

We fill stocking for children in Philly and take them down there and work with Joe Toy to share the Good News of Jesus’ flipped Kingdom with them.

Our quilters make quilts for tons of people in need.

We run a Good News Club at Smoketown Elementary so children can hear the Good News and get to know God personally.

We are one of four locations of CVCCS Summer Lunch Club so that the hungry around us can come get lunch every Monday, Tuesday and Thursday for nine weeks in the summer.

What else can we do to usher in the Kingdom?  Life’s not fair.  But we can do something about it!